General information on the National Park, the moorland area and the adjacent countryside and coastline, including the major towns of Whitby (home of Captain Cook), Stokesley, Malton and Scarborough, Thirsk (home of James Herriot), Pickering, Northallerton, Helmsley and the innumerable villages in the many dales, can be obtained from the following websites: 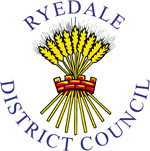 Public transport is run by many varied companies, some of which are abysmal and show little sign of improving. Train operators include Northern Rail - they operate the Middlesbrough to Whitby service, the North Yorkshire Moors Railway operates (usually steam hauled) the Pickering to Grosmont service, and run some steam into Whitby & Battersby. The East Coast Main line services to York, Thirsk and Northallerton are now operated by London North Eastern Railway, Transpennine, CrossCountry & Grand Central.

Bus & Coach services are spasmodic & generally very limited throughout the National Park and tend to be on major roads, avoiding most villages. The former National Park Moorsbus service ceased at the end of 2013, however, a reduced and limited "Moorsbus" is being operated by a commercial organisation, further details from the National Park website, or from information offices.